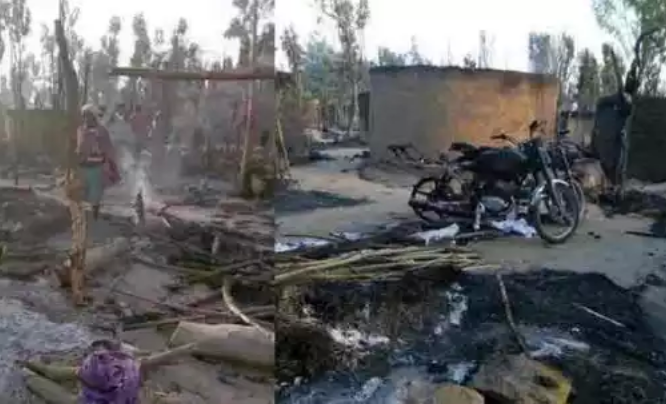 100 houses have been burnt down and many people killed following an attack on some Fulani communities in Adamawa state.
The chairman of Mayo-Belwa local government, Mohammed Bako who spoke to Premium Times, said that he could not tell how many lives were lost.

According to Bako, “Yes, there were attacks in some Fulani communities in my local government area by suspected ethnic militias that were said to have crossed over.

“Though, only security can tell the casualty figures, but houses were burnt and domestic animals rustled.”

He also said that security operatives could not reach the area because of the tough terrain.

Denials
In a swift reaction, members of the Bile ethic group have denied carrying out the attacks.

A youth leader, Dennis Bali, who spoke about the incident said “Well, I am not sure who launched the attack but count our people (Bile) out. Though it could be irate youths from other tribes who were in a pursuit of people (suspected Fulanis) that initially attacked their communities few days ago.”

Another source, James David, said “Aggrieved people of Bali followed armed Fulani for a payback attack who had yesterday, attacked their community, destroyed houses and many people were killed.”