The man was spotted on a ‘throne’

In what will come across as a shocking development, a dead man has been spotted sitting on a throne like a king during his own funeral.

The man was spotted on a ‘throne’
Photos have shown how a man was made to attend his own funeral sitting on a ‘throne’.

The man was dressed neatly and made to sit on a ‘throne’ at the funeral, looking like a king about to address his subjects.

The photos were shared on Facebook by his girlfriend.

In the photos, the man identified as Quincy Don Papa P, is seen dressed in a red attire with a crown placed on his head. The ceremony which held inTexas, USA, saw his family and friends in attendance.

Another Facebook user, Nafi Ali, shared photos from the event but had a different mindset. According to him, if he goes to a funeral and the dead person is not in a casket, he’s leaving the ceremony. 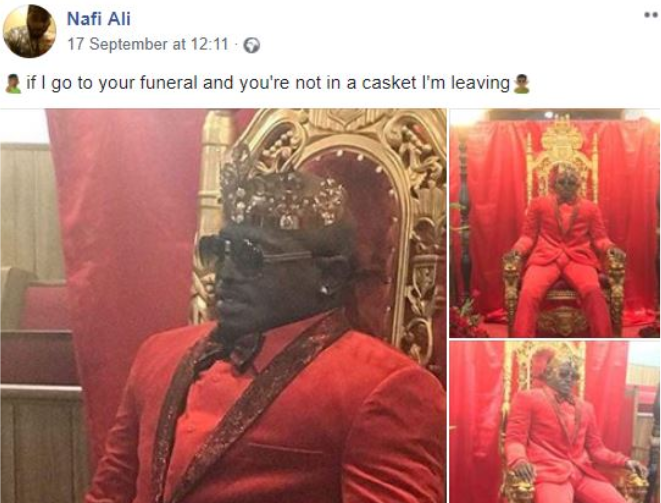