Oby Ezekwesili has withdrawn from the presidential race,this was announced on Thursday morning.

The presidential candidate of the Allied Congress Party of Nigeria (ACPN) will now devote her time “to help build a coalition to defeat the All Progressives Congress and the People’s Democratic Party in the February 16, 2019 election”, Ozioma Ubabukoh, the spokesperson of the Obiageli Ezekwesili Presidential Campaign Organisation, said in a press statement.

It is still unclear who the former minister of education will support, but she previously tried to get the trio of Kingsley Moghalu, Omoyele Sowore and Fela Durotoye to agree on a consensus candidate among themselves. 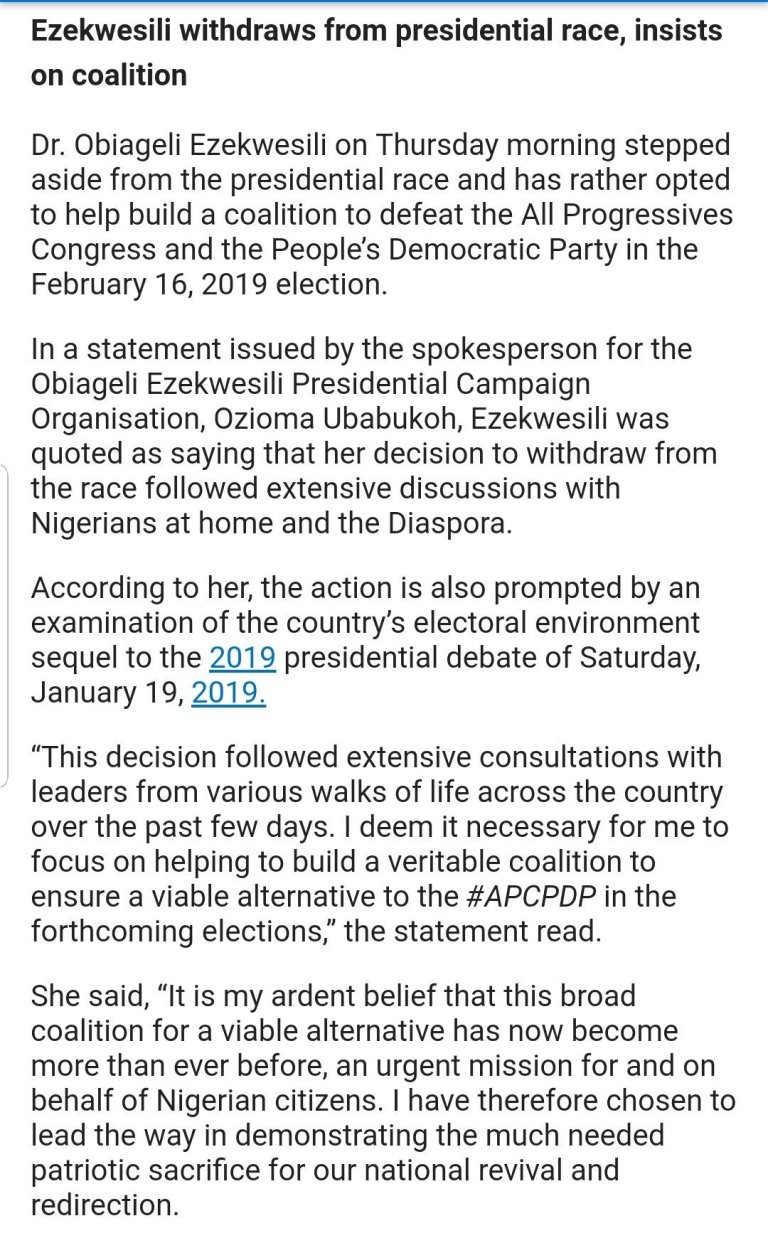